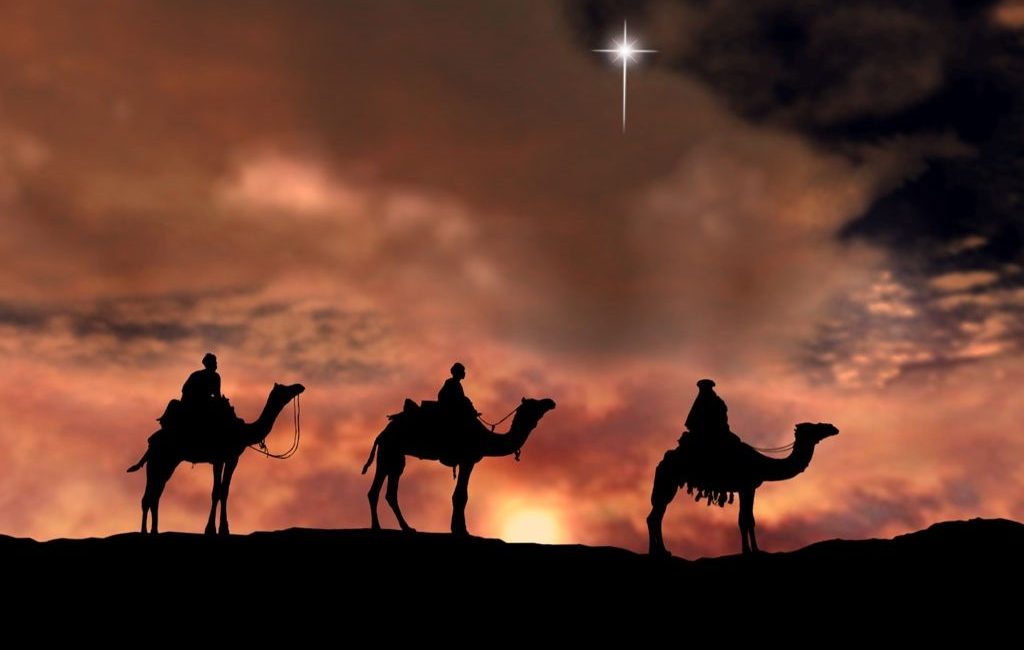 “When they saw the star, they rejoiced with exceeding great joy.” ―Matthew 2:9-10, KJV

It was dark. Nothing along the road looked familiar. No road signs. No recognizable landmarks. No cars, even. Marshy coastal roads can be desolate at night―even a little spooky. Certainly not a place where I wanted to be lost. How long had it been since I’d turned? Surely, I hadn’t taken the wrong road―had I? Shouldn’t I be there by now? Ah, finally! A road sign ahead. But my sense of relief was quickly met with dismay. I had, indeed, made a wrong turn and had added twenty miles to my already exhausting road trip. With no GPS, I certainly could have used a guiding star that night.

The uncertainty of being lost on a highway isn’t foreign to any of us. Still, the apprehension we experience on today’s well-marked multilane roads pales in comparison to the sense of isolation the Magis would have undergone in the rugged hills of Judea over two thousand years ago. Our immense relief at seeing a familiar landmark or road sign would fall short of the “exceeding great joy” that washed over the Magi when the star mysteriously reappeared overhead.

Magi living in the East marveled at the initial appearance of an unexplainable star which prompted their search for the prophesied newborn king of the Jews. Departing from Persia, they began their five-to-six-hundred-mile trek westward toward Jerusalem.

Matthew’s gospel account of the Wisemen stopping to ask King Herod for directions suggests that the star they saw “when it rose” disappeared and was not visible for the better part of their journey. King Herod hadn’t seen the star and was noticeably disturbed by their questions. After consulting with the chief priests and scribes and hearing the prophecy, he sent the Magi on their way toward Bethlehem. Soon the star reappeared, and they rejoiced as it went ahead of them.

The star’s reappearance reveals that for much of their journey, the Magi weren’t guided by what they saw but by what they believed in their hearts to be true. Consequently, they journeyed to Bethlehem by faith, continuing through uncertainty until they found the king they were seeking.

Now it’s your turn: When was the last time you journeyed an unknown path by faith? Perhaps your terrain is uncertain now. Follow what God has placed in your heart and believe it to be true. His light still shines, and wise men who seek him still find him. REJOICE!

With no GPS, I certainly could have used a guiding star that night. Drop by my blog today for Star Search and journey by faith. Click To Tweet