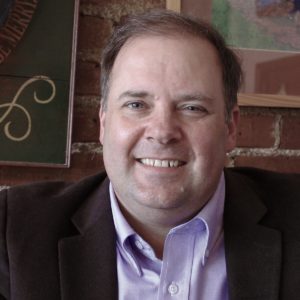 When it comes to the arts, there isn’t much this transplanted Erie, Pennsylvania native hasn’t done.

South Carolina author Craig von Buseck’s writing inspiration sprang from his early involvement in musical theater. As a youth, he wrote songs, newspaper opinion pieces, and church newsletter articles. For 5 years, he traveled, played bass, sang, and wrote songs with the Christian rock band, Insight. “Thousands of young people came to Christ or rededicated their lives at our concerts.”

Upon completion of his Masters in Religious Journalism at Regent University his book writing took off. Today, he writes historical biography, historical fiction, and narrative non-fiction.

In 2003, Craig published his first book, a Bible study. Since then, he’s published 13 books. His first biography, Nobody Knows: The Harry T. Burleigh Story, was released by Baker Books in 2014. “Currently, I am adapting the biography of this great African-American composer into a Broadway style musical. It is an amazing story of a grandson of a slave who achieves international acclaim as a musician.” 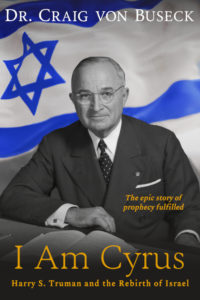 in April 2019, I Am Cyrus: Harry S. Truman and the Rebirth of Israel released. It chronicles the epic story of Israel’s rebirth— promises made, promises broken, and ultimately the fulfillment of the ancient prophecy that this people would indeed return to their Promised Land. In May of 1948, as the British Empire ended their mandate and withdrew from Palestine, five Arab nations sat on the border – ready to invade. At that moment, David Ben-Gurion, the leader of the Jews, stood in Tel Aviv and declared the establishment of the State of Israel – marking the rebirth of a Jewish nation in the Holy Land after 2,000 years in exile.

I’m waiting for this multi-talented individual to pick up the brush, but until then Mr. von Buseck . . . your pen will suffice. So what’s on the horizon? Lots.  “I am a storyteller. Along with writing books, I will continue to write articles for various publications and tell inspiring stories to encourage, challenge, and motivate thought and growth. I have also ventured into script and screenwriting. I am in the final stages of completing my third screenplay and have plans for more movies and theater projects in the future.”

Also coming from Iron Stream Books in the Spring of 2021 is—Victor! The Final Battle of Ulysses S. Grant. “After a Ponzi Scheme left him penniless, General Ulysses S. Grant is diagnosed with incurable throat cancer. To care for his wife and family, Grant spends his final painful year heroically writing his Personal Memoirs. After Grant’s death, the book is released to enthusiastic reception – with publisher Mark Twain calling the two volume set equal to Caesar’s Commentaries. The book provided more than $450,000 to Grant’s wife, Julia, restoring her fortune and allowing her to live the remainder of her years in security. Today, The Personal Memoirs of Ulysses S. Grant is considered one of the most important contributions to American literature.”

You can learn more of this fascinating account in Craig’s upcoming leadership book, Forward! The Leadership Principles of Ulysses S. Grant, also being released in 2021.

When asked for his advice to writers struggling with their first books, he said, “If you have a passion for the message of your book, then the world needs to hear it – even if it is only one person who reads it. Write the book for yourself first, then for that one precious reader.”

Craig invites you to connect with him on his website at www.vonbuseck.com and to check out his books on his Amazon Author page.

“Grant shared his belief that since slavery was the root cause of the war, its destruction had become the basis for settlement with the South. It was ‘patent to my mind early in the rebellion that the North & South could never live at peace with each other except as one nation, and that without slavery. As anxious as I am to see peace reestablished, I would not therefore be willing to see any settlement until this question is forever settled.’”

We owe a great debt to Ulysses S. Grant. And today we can all echo his plea for harmony in his immortal words, “Let us have peace.”