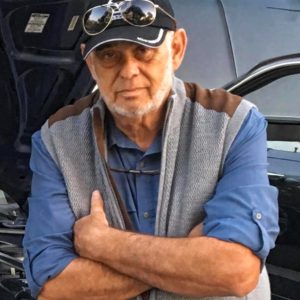 Author R. Marshall Wright lives to serve, and his 73 years reflect a life of service to God, country, and his fellowman.

Born in Haverhill, Massachusetts, he graduated from of the University of Maine and Drew Theological School in Madison. After 32 years, he retired as an evangelical pastor and is a retired U.S. Army Chaplain with 23 years Active and Reserve service to his country.

At the age of 71, Richard wrote is first book—not for money, but as one more avenue of service. “Writing is a ministry. If my book speaks to one person it did what God wanted it to do.”

Although his genre is “tough to pin down,” his editor calls his voice “refreshing” in what can be described as a “formula genre—one of mystery, romance, with a touch of the supernatural all tied together with the thread of the Christian message.”

Richard writes stories about relatable people with problems and issues. “I delve into romance, suspense, and social issues. My books are about healing, redemption, and second chances. I believe in happily ever after.” And . . . it appears he found it. He and his wife of fifty years summer on a lake in southern Michigan and winter in Sebring, Florida.

Although he’s written most of his life, it was professional writing. “About seven years ago, my son preached a Christmas message about Mary and Joseph’s struggles. I thought there’s a novel there and six years later I wrote Mary and Joseph’s Untold Story. It was a good book but an editing disaster. I had no idea what I was doing or how to do it. It’s now under serious editing for next fall.”

Each book takes Richard about six months to write. “I self-publish on Amazon and release in April and October. At 73, I’m too old to deal with agents, publishers, and deadlines. I do my thing as God leads and write what he gives me. I now have a great team of ARCs, proofers, and editors.” 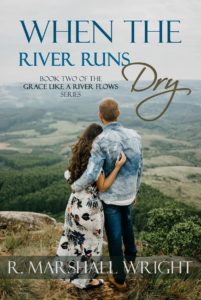 His latest April release was When the River Runs Dry. The second in the Grace Like a River Flows series, it’s a return to Glencoe with another story of redemption, grace, and second chances.

“Did the grace of God suddenly stop flowing when tragedy struck Glencoe? And what do Reagan Lamb, Kyle Shaw, Marisa Fields, and Jenny Wade all have in common? Each watched their dream of living happily ever after disappear into the mess of their lives. Although feeling alone and abandoned, God was still at work in their lives, intertwining their lives to the lives of other Glencoe residents we’ve already met. As one chapter of their lives ends, a new one begins if they are open to God’s leading. God shows each one of them that He’s still writing their stories.”

When asked for his advice for writers struggling with their first book, Richard said, “I’m a proud pantser, so I can only advise people who don’t want to make writing a book difficult. I’m a storyteller, so I tell stories about what I know with much embellishment. I would also say read Story Trumps Structure by Steven James. It’s so freeing.”

He invites you to connect with him on his website at www. rmarshallwright.com and to check out his books on his Amazon Author page.

God said to Reagan in When the River Runs Dry, “I’m still writing your story and I’d appreciate it if you’d let go of the pen.” That, in essence, is a capsule of all Richard’s stories.

Today’s author lives to serve, and his 73 years reflect it. Check out this week’s Author Snapshot at starrayers.org and meet, R. Marshall Wright. Click To Tweet