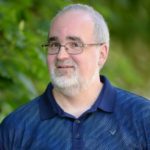 Kentucky inspirational author, Carlton Hughes, wears many hats. By day, he’s a community college professor of communication, on Wednesdays evenings and Sundays, a children’s pastor, and in his “spare time,” a freelance writer.

His journey toward becoming an author began when a high school journalism teacher was assigned to teach his eighth grade English class. “He noticed my writing talent and recruited me to be the middle school reporter for the high school newspaper. From that point on—ink was in my blood. He later taught my junior and senior English classes and drilled the mechanics of writing into me.”

Fifteen years ago, Carlton began writing a book which has yet to be published, but his efforts didn’t go unnoticed. God steered him in new directions, and he’s since been published in numerous compilations—Chicken Soup for the Soul: The Dating Game, The Wonders of Nature, Let the Earth Rejoice, Just Breathe, So God Made a Dog, and Everyday Grace for Men. He’s also written articles, a bit of fiction, and has had the privilege of co-authoring a hardback gift book with his friend, Holland Webb. 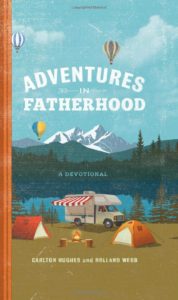 Adventures in Fatherhood, a 60-day devotional released by Ellie Claire on April 7th, is out just in time for Father’s Day. Designed to inspire fathers in their journey, the authors blend personal experiences with humor and spiritual application to encourage dads to do their best for God and their families. (Tap image to order.)

“Holland and I are at the back end of raising our children, they are grown and mostly on their own. Now, we want to encourage fathers who are on the front end. Although we share stories from our fatherhood journey, even those who aren’t fathers can be inspired by our book.”

When asked for advice for struggling writers, Carlton said, “Stick with it and never, ever give up. Also be open to different types of writing. I struggled for years getting things published, but God changed my direction, and here I am with my first book—totally different from what I had originally envisioned.”

Carlton lives in the far southeastern mountains of Cumberland, Kentucky, is a devoted husband and an empty-nesting dad who likes long walks on the beach, old sitcoms, and chocolate—all the chocolate. “I love cooking and baking, and I’m a big fan of The Great British Baking Show. On the other hand, I am not a technical person at all—don’t ask me to fix your car or anything electronic.”

Looking ahead, he plans to keep his day job as a community college professor and maintain his role as a children’s pastor. As for his writing career, he hopes to inspire others by publishing more books and articles. He is represented by Cyle Young of Hartline Literary Agency.

Carlton invites you to connect with him on Facebook and Twitter and to check out his book on Amazon.

“Trendy clothes in my closet and numbers on a scale do not define me. My identity is found in Jesus, in what He has done for me and Who He says I am.” —Adventures in Fatherhood

Carlton Hughes began his writing journey as middle school reporter for the high school newspaper. From that point on—ink was in his blood. Check out this week’s Author Snapshot @starrayers.org. #amwriting #devotions #adventuresinfatherhood Click To Tweet