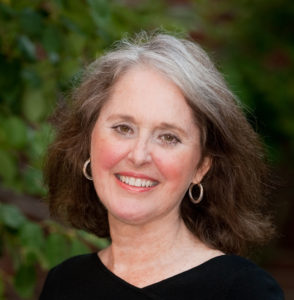 Cascade award-winning poet and author, Jeanette-Marie Mirich was born in a small college town in Oregon called Corvallis—French, for heart of the valley. Oregon State, now a university, is in the midst of this vast, lushly green Willamette Valley.

Jeanette spends her summers at an Oregon lake cottage, designed by her mom. The rest of the year she resides in a granny flat with her husband at their daughter’s home in Kentucky. While there, they enjoy nothing more than traveling backroads to visit  friends, kids and grand kids. Oh, but don’t hem them in—six to seven months of the year, they travel overseas. Since September of last year, they’ve been to Greece, France, Italy, and Thailand.

“The two fall months in Europe were with friends and for me to do WWII research as well as ‘The Footsteps of Paul Tour.’ My husband, an OB/GYN, spent a month in Kenya working at a hospital and spoiling five of our grands who live there as missionaries.”

Jeanette writes suspense, romance novels, poetry, short stories and is currently working on a literary piece—a story of growing up prior to the Revolution and becoming a frontier woman. Her protagonist, Rebecca Boone, is an ancestress. “I’ve struggled to capture her voice and times with words. It’s a work close to my heart and an untold story.”

Her inspiration for tackling story was her father. “He wrote poetry and always read aloud to us. He inspired me to be creative and to use words to convey thoughts.”

She wrote her first book in the late 1980s. In spite of encouragement from a publisher, it languished until Stonebridge published it in 2014. However, God had a plan for the interim. “We worked in Africa, raised great kids, saw them marry, grew our family with 13 grandchildren and encouraged marriages through the Christian Medical Dental Marriage Commission for 25 years.” 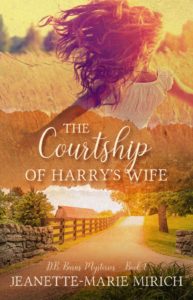 Her latest book, The Courtship of Harry’s Wife, a romantic suspense, released in August of this year. The story’s protagonist, Delilah, planned to mourn in private after her husband, Harry, passed, but he had other ideas—specifically, leaving his wife in good hands and protected from the elite of their small Kentucky town. However, he neglected to include his wife in his plans.

“My writing dream is to complete a series of stories regarding WWII. Its take off point will be my novel Shadow Games. I take characters from that 1987 story and travel back to 1935 Abyssinia, a country I’ve come to love.”

Her suggestion for someone struggling with their first book is to “keep writing.” The best advice she’s received recently was from Steven James in his book Story Trumps Structure. “Blaise Pascal noted that ‘the last thing one settles in writing a book is what one should put in first.’ James said, ‘If you know the ending of a story, you’ll know the beginning, but if you know the beginning, you won’t necessarily know the ending. What does your protagonist desire? Write how it accomplishes it at the end and you have the beginning of your novel.’”

When Jeanette isn’t writing or spending time with family, she plays with fabric. Quilts are always in process. She invites you to connect with her on her website at www.jeanette-mariemirich.com and to check out her books on her Amazon Author page.

“Mama sat up all night rocking in her bent wood chair and singing Lena Horne blues songs. No one got a lick of sleep.” —Josephine, The Courtship of Harry’s Wife