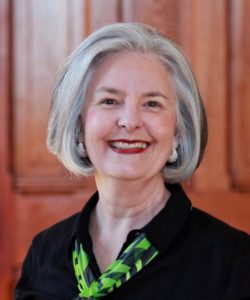 Ohio non-fiction author, Debby Thompson was born in Greenwood, Mississippi. She grew up raising sheep, and though not the first to be called from the sheep pen to serve God, she’s in good company.

“I believed as a third-grade girl that God wanted me to be a missionary. Little did I know that would mean I would one day live a double life, covertly behind the Iron Curtain, in the bitterly cold days of The Cold War.”

She met her future husband, Larry, at a prayer meeting on the campus of Mississippi State University. He was a football player, and she was a cheerleader. After marriage, they spent a total of thirty-three years ministering in Eastern Europe and are counted among the pioneers of Western missionaries who lived behind the Iron Curtain in communist Poland. They now reside in Cincinnati, Ohio where they serve with Athletes in Action International. Larry is international vice president.

Debby never aspired to see her name on a book cover, yet the women she discipled in Russia and Eastern Europe planted the idea for a book in her heart. I prayed, “Lord, I do not want to light my own fires (Isaiah 50:11 ). If You want me to write a book, I must know this is from You. The next day when I opened my Bible to follow in my Robert Murray M’Cheyne daily reading plan, the words of Jeremiah 30:1 jumped off the page: ‘The things I have said to you, put in a book.’ Though written for the prophet in his day, the Holy Spirit applied the ancient words to my day, and I knew then, The Lord wanted me to write a book.”

Debby felt a sense of urgency to pass along the insights she’d gleaned from decades of listening to the voices of tried and tested women. Her book, The Leader’s Wife, Living With Eternal Intentionality® took two years to write and with the help of her agent, Les Stobbe, God’s vision for her became a reality four years later. Publisher, Sam Lowe of Ambassador International, saw her manuscript as a “a book with a mission” and released it in April 2018.

Within The Leader’s Wife, Living With Eternal Intentionality®. Debby speaks from her own mistakes and discoveries and addresses some of the most difficult questions wives of leaders face.

In the future, besides enjoying being “Gammy” to her six grand-darlings, she’d like to see her manuscript, The Iron Curtain Stories, come to life.

When asked what advice she would give to an aspiring author, she said, “Write everyday. Blog every week. Plan every month. Grow every year.”

Debby invites you to connect with her on her blog, Living with Eternal Intentionality® and to check out her book on her Amazon Author page.