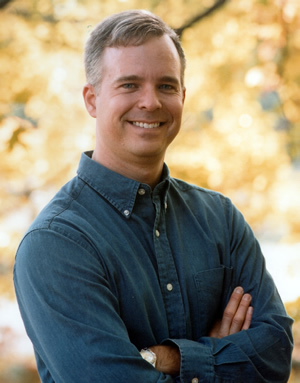 As a child, Christian Suspense author, Adam Blumer dreamed of being a ventriloquist. “I had a “dummy” named Andy. I made up a few skits to do with him at church, but then I got braces and could no longer talk the same through my teeth. Andy sadly went into storage.”

But while Andy was tucked away, Adam began to unpack wildly imaginative pirate and fantasy stories. His first handwritten story was a fantastical tale about Captain Kidd’s spyglass. In high school, he wrote his first (unpublished) novel, Down with the Ship. ”It’s such an Agatha Christie copycat that I laugh whenever I peruse it, but emulation is how a lot of authors get to be where they are today.”

Adam’s early projects inspired him to take novel writing seriously. After winning a creative writing award in high school, he wondered if God wanted to do more with his love for fiction. “In college I won more writing awards, and though I studied journalism, I took as many creative writing courses as possible. God opened doors from there, and I’ve never lost my love for fiction writing.” 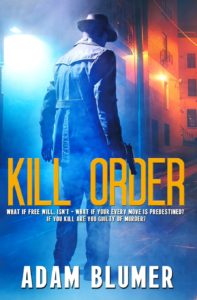 In August, Adam’s third novel, Kill Order, was released by Lighthouse Publishing of the Carolinas. “In 2011, my dad passed away from brain cancer. Several aspects of his cancer journey kicked off the initial story idea. One key detail involved a medical procedure. The doctors agreed to remove as much of my dad’s brain tumor as possible and replace it with medicinal wafers intended to fight the existing cancer. My mind began playing the what-if game. What if the doctor implanted something else, something that could monitor or even control my dad’s life? The story’s premise grew from there.”

When asked what advice he would give to aspiring authors, Adam said, “If you’re a writer who wants to be a published novelist, be patient and work hard, but keep in mind that doors will open for you only in the Lord’s timing. We can’t rush God. If He has prompted you to write, God gave you that desire for a reason. Explore what His will could be but learn to wait on Him—perhaps even for a long time. When He’s ready, He’ll let you know. In the meantime, seek Him with your whole heart.”

Adam resides with his wife and two daughters in Iron Mountain, Michigan. He invites you to connect with him on his website at www.adamblumerbooks.com and to check out his books on his Amazon Author page. “I enjoy writing clean Christian thrillers and hope to continue writing them for many years, as the Lord leads.”

“Fear not, for I am with you; be not dismayed, for I am your God; I will strengthen you, I will help you, I will uphold you with my righteous right hand.” —Isaiah 41:10 ESV