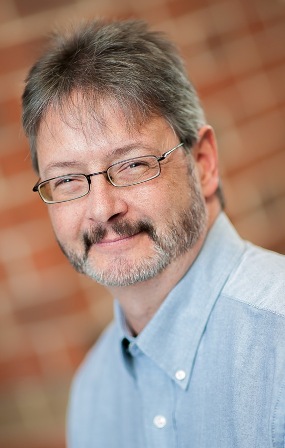 Although books by Author, Larry J Leech II line bookstore shelves, you’ll only find his name on a few of them. Larry is a ghostwriter by day, typically writing memoirs, and by night, he enjoys writing suspense thrillers—’cause he ain’t afraid of no ghosts.

Raised in Smithfield, a small town south of Pittsburgh, Pennyslvania, he later returned to his home state of Florida to settle with his family in Longwood, fifteen minutes north of downtown Orlando.

Inspired to write at a young age by his Uncle Thom Stuart and a Smithfield neighbor, Rod Schoener, he became a sports writer for a Pennsylvania newspaper at the age of eighteen. After investing eighteen years of his journalism career as a sports writer and news manager, he edited Christian Retailing magazine for five years, the leading trade publication in the Christian industry.  In 2004, with more than 2300 articles under his belt, Larry moved into freelance writing and editing and ghost wrote his first book. Since that time, he’s ghosted twenty-seven more, and in 2017, released his novella, 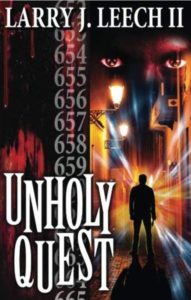 Unholy Quest, a spine-chilling page-turner with a surprise twist.

One of the first things he learned about writing a book was to consider himself a rewriter. So, when asked what advice he would give someone who’s struggling with their first book, he said, “Be patient and be kind to yourself. First, second, and even third drafts often are not quite ready, but keep plugging away. And, this is an important one—celebrate milestones and successes along the way.”

Larry’s been hard pressed but not crushed, struck down but not destroyed. While battling stage four cancer, the song, “I’m Still Standing”  by Elton John, popped into his head. “Because God’s grace and a prayer covering from hundreds of people changes a person, I’m humbled and grateful that I am truly still standing.”

His heart is to keep learning, writing, coaching, and teaching. He loves every aspect of his job, but hopes to play a little golf along the way, and ultimately—this soon-to-be grandparent “can’t wait”  for the day when he writes with one hand and cradles his ”little girl” with the other.

If you have a story to tell, but don’t have the time or the discipline to write a book, “Who you gonna call?” Ghostwriter and Writing Coach, Larry J. Leech II can help. He invites you to connect with him on his website at www.larryleech.com or via email at larry@larryleech.com.