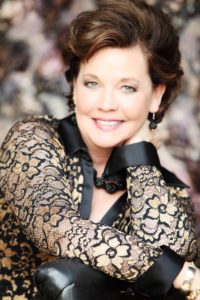 Charleston-born humorist, award-winning Hall of Fame speaker, and best-selling author, Jane Jenkins Herlong, believes her struggles have shaped her into the woman she is today—someone who has “learned to become a successful failure.”

Reared in a meager environment on a South Carolina tomato farm, she was teased for her looks and for dressing and acting like a tomboy. School was a challenge for her due to a learning disability, and poor SAT scores kept her out of the colleges she’d hoped to attend. “I actually took the test several times and after being tutored made even lower on the Math section than before.”

She eventually received a “maybe” from a small Methodist women’s college in South Carolina, but it soon looked like a “no-go” since her father’s poor cucumber crop that year made money tight. “But, thank God, with a grant, a prayer, and cucumber rebate money,” Jane was accepted on academic probation into Columbia College. During her sophomore year, after her “hard-working, honest father” had a decent year on the farm, he believed he could afford to send his daughter to college and returned the grant money. Neither a learning disability, rejection, or lack of finances would keep Jane from becoming a college graduate and attending graduate school.

“I traveled from the rows of a low-country tomato field to the runway of the Miss America Pageant to singing at Radio City Music Hall and performing the National Anthem for professional sporting events. I was inducted into the Speaker Hall of Fame and became a best-selling, award-winning author whose comedy is featured on SiriusXM Radio. Being denied opportunities can be to our making; it certainly helped me achieve dreams and goals beyond my imagination.”

In 2000, after being inspired by speakers and authors like Joyce Meyer and her friend, Larry Winget, Jane wrote and self-published her first book, Bare Feet to High Heels. She is now the author of four self-help books founded on the bedrock of biblical principles and seasoned with southern humor.

Her third book, Bury Me with My Pearls, was birthed from a painful sibling journey that resulted in the premature death of her fifty-seven-year-old sister. “I believe unresolved bitterness and anger caused her to suffer from mental illness which my counselor confirmed as a root cause for those who are mentally ill.”

Jane’s heartrending experience instilled in her “a passion to help women develop mental health principles laced with biblical principles,” and her plans are to continue to write, speak and share her faith. She’s also pursuing the hope of performing concerts with music and humor.

When asked what advice she’d give to writers struggling with their first book, she said, “Take a break and read similar books to be re-inspired. Attend writers’ conferences and pick the brains of other authors in your genre.”

You can connect with Jane on her blog at www.janeherlong.com and purchase her books through her Amazon Author page.