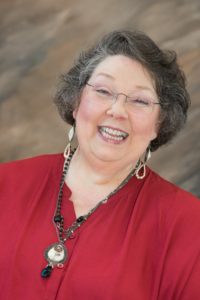 Those who know award-winning Atlanta author, Karen Lynn Nolan, may be surprised to learn this likable, fun-loving personality has a dark side—she writes Appalachian fiction that “must include mystery, murder, mayhem, and dark human conditions.”

Her debut novel, Above the Fog, set in the heart of Kentucky’s Appalachia coal mining country, released in November 2018. “The entire process took about seven years. I considered this book my learning tool and refused to give up on it until it was published.”

Born in Harlan, the heart of the coal-mining mountains of Eastern Kentucky, Karen learned at an early age that reading allowed her to dream of worlds beyond her tiny mountain community. Inspired by the excitement of The Hardy Boys and Agatha Christie’s mysteries, she’d sit on her front porch swing with her dog by her side and write her own adventures.

As a young adult, she’d experience an avalanche of harrowing exploits that most would only dare to imagine or read about. “The spring I graduated from college with a degree in music and theater, my life exploded. In two years, I lost everything in a flood, almost died in an apartment fire, was run off the road and down the mountain by a student, moved to New York City to study acting and voice, almost died from an assault, became homeless, and performed at Carnegie Hall.”

Karen stated on her blog, “Appalachian people are survivors. We learn not to merely survive but to thrive.” I believe it and am convinced she’s experienced enough mystery, mayhem, and dark human conditions to secure another book contract or two.

When asked what advice she would extend to a writer struggling with their first book, she said, “Writing is a process and a journey. Be teachable and willing to make changes to make it stronger. There’s a fine line between listening to everyone who makes suggestions for changes and listening to knowledgeable mentors who point out areas you may want to work on. Don’t listen to everyone or you may go crazy and give up.”

In spite of chronic illness, a divorce, and being old (her words not mine), Karen’s dream of becoming a published author came true. “I am proof that if God wants it to happen, it will—no matter what the obstacles. I realize my ministry goes beyond writing books. My desire is to write as many books as God allows in my time left – and that those books will speak truth to the hearts of people who are searching for hope.”

You can connect with Karen on her blog at www.karenlynnnolan.com and purchase her book, Above the Fog on Amazon.

“Above the fog, the sun still shines. Beneath the mist, the mountains still stand. Don’t matter much how hard your life is, because the fog is in God’s hands.” —Song by Coreen in Above the Fog.