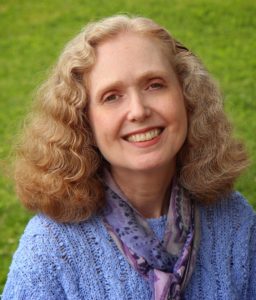 North Carolina award-winning author, Ann Tatlock, was born in Parkersburg, West Virginia but grew up in Delaware. She had a friend in high school who wanted to be a novelist. “I thought she was frankly crazy. Who would aspire to be something so far-fetched? My plan was to become a nurse—a nice, practical profession that was centered on helping people.”

But God had other plans for Ann. When she was a college freshman the Lord told her he didn’t want her to be a nurse; he wanted her to be a writer. “I was a bit nonplussed, but at least he didn’t ask me to be a novelist—not at first, anyway. He initially guided me into non-fiction magazine writing, placing me as an assistant editor with Billy Graham’s “Decision” magazine. Only when I went through a time of loss did I turn to fiction writing, since I needed a new way to express my grief. While I found fiction writing to be cathartic, I also discovered I enjoyed it. Plus, stories are a great way to share ideas, encouragement, hope and truth.”

Ann’s first seven books weren’t published. Neither did she try to get them published. Those books were her training ground. Because she’d never had a creative writing class, she learned to write fiction by writing…and writing…and writing. It would be thirteen years before she would see her first book in print. In February 1998, while she was in China with her husband picking up their baby daughter,  A Room of My Own was released. Ann became a first-time mother and a first-time novelist in the same month. Her books are available through her Amazon Author page.

“While I sit at my desk writing this, it’s a rainy day here in Raleigh, but my now 21-year-old daughter is out building a house with AmeriCorp/Habitat for Humanity. This is Laura’s interim job while she’s waiting to begin graduate school in social work. In a way, I feel she’s doing some of the hands-on work for others that I had once hoped to do as a nurse—until I was assigned to the more behind-the-scenes task of writing. I know the Lord put me in the right place and that he’s putting Laura in the right place too. In that I feel a great deal of satisfaction. The tasks that one generation longed to complete sometime fall to the next generation, and that’s how it should be.”

Ann still writes novels, but her interest has returned to non-fiction. On her new blog, ”Living a Love Story”, she shares people’s stories of how God has revealed His love to them, especially in their darkest times, and also stories of what it means to live our lives as a love story with God. She invites you to visit her blog and hopes you’ll receive encouragement from these amazing real-life love stories.

When asked what advice she’d give to aspiring authors, she said, “Take some fiction writing classes. Go to writers conferences and learn from those who have published. Don’t go it alone like I did. There are many wonderful novelists out there who want to help you hone your craft, so take advantage.”

“Funny how even a grain of hope can manage to eclipse a whole world of despair.” — Nova Tierney in I’ll Watch the Moon: