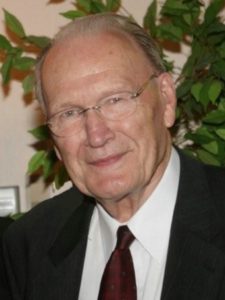 After more than 60 years in the publishing industry, Author, Leslie H. Stobbe, a recipient of five Lifetime Achievement Awards, wants nothing more than to help aspiring authors achieve their writing dreams.

Les rose to his long-standing, illustrious writing career from a flat-on-his-back position. While spending months in a mission hospital  after a mountain climbing accident in northern British Columbia, God introduced him to a lifetime of writing. “I was paging through a new issue of Christian Life Magazine when my eye caught a quarter-page ad announcing: “You can write!” A closer look revealed Christian Writers Institute offered a 7-Lesson course, “The Beginning Christian Writer.” The cost? $15. I could afford it, so I signed up.” When the first lesson arrived, Les realized he had to get out of the hospital and to his typewriter. Some months later that happened, and the rest is history.

After thirty years as a widely published article writer, he wrote his first Bible study for young boys. “In early 1971, an editor with Christian Service Brigade came over our back fence and asked me if I would be able to write a Bible story for 8-11-year-old boys. He had seen we had a son in that age bracket. The current writer had again not delivered on schedule and the editor was desperate. That evening I wrote the first study using a fictionalized boy’s story, written in four acts, interspersed with questions on the Bible story given to me. An artist provided lively illustrations. For ten years that Bible study was a favorite with boys and parents—and 20 years later I added several girls’ stories for a book on Preteen Bible Exploration which became a follow-up tool for children with the Billy Graham Association. It pays to meet deadlines.”

Les has since written or ghosted 14 non-fiction books. His first “from scratch” ghosted book, Reconcilable Differences, was written in 1983 and is still selling today. Recently, he was approached by a pastor/speaker/writer for help with his non-fiction book. After a guided total rewrite, Les had provided a new focus and edited the chapters. It was accepted by an agent for representation to book acquisition editors and is now with acquisition editors.

When asked what advice he would give to a writer who is struggling with his or her first book, he said,
“Get yourself an experienced writer coach who can help you focus and save many hours of frustration. Consider signing up with the Jerry Jenkins Writers Guild and make attending Christian Writers Conferences a priority.”

After coaching writers as an editor and literary agent for more than 60 years, Les is now taking on clients that desire to be coached by a writing/publishing specialist. You can connect with him at lhstobbe123@gmail.com, visit him on his website at www.stobbeliterary.com or his Leslie Stobbe Facebook page. 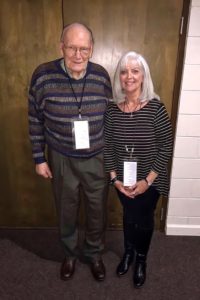 On a personal note: Seven years ago this month, Les Stobbe, a giant of a man in the publishing industry, took this fledgling writer under his wings and helped me believe in my God-given ability to write. Without his initial encouragement, I would not have known how to take the first step into the calling God had on my life. To you, Les, I’m ever grateful. May God richly bless you for the hope you’ve instilled and continue to instill in the hearts of so many. —Starr