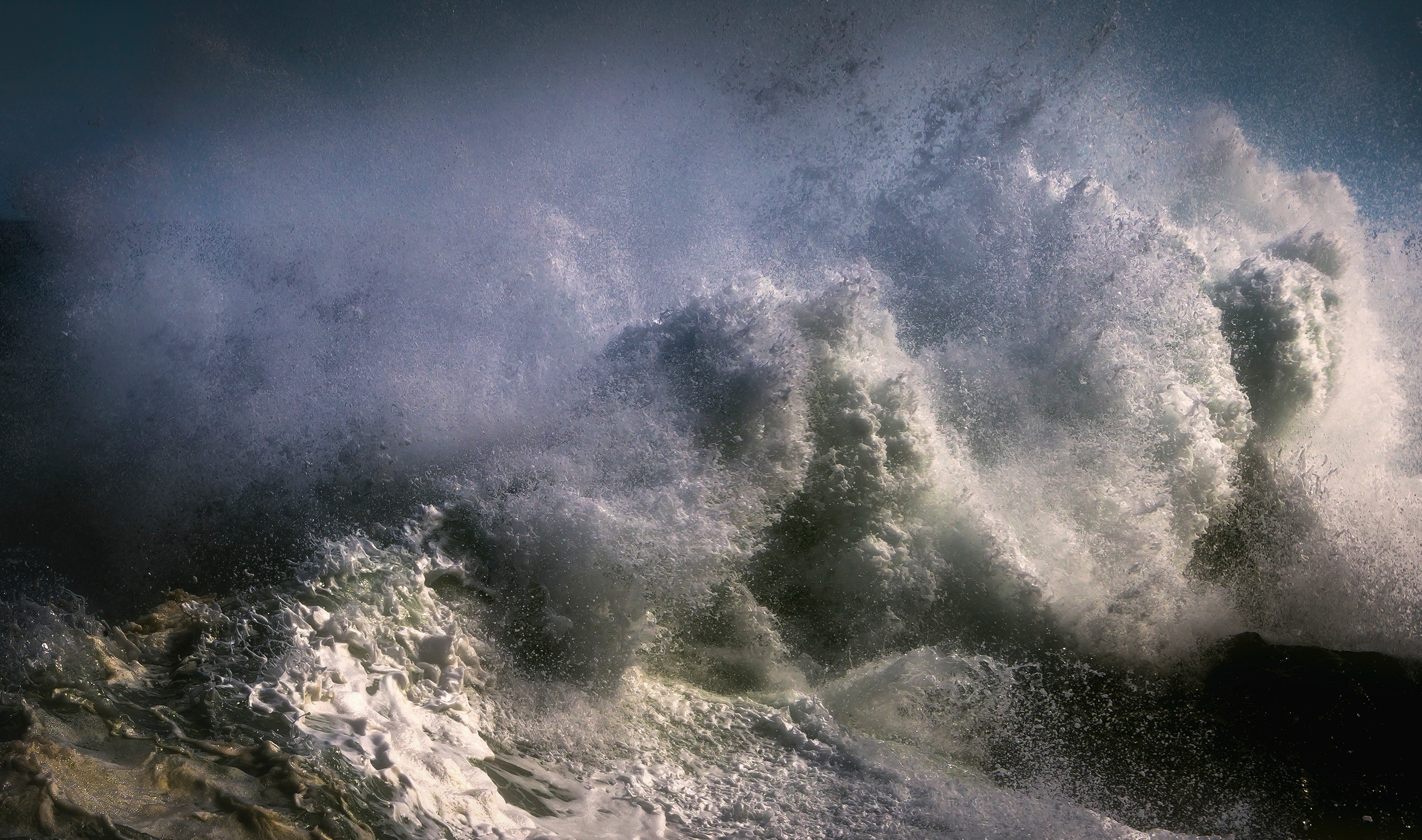 “About the fourth watch of the night he went out to them, walking on the lake. He was about to pass by them, but when they saw him walking on the lake, they thought he was a ghost. They cried out, because they all saw him and were terrified.” ―Mark 6:48‒50, NIV

Waves crashed against the ship’s hull only inches from our pillows.

“What would it take to capsize this ship?” I asked.

“Cruise ships are built for high winds and rough seas,” my husband assured me. His words always comforted me. It wasn’t what he said that consoled me as much as the calm manner in which he said it.

As the waves continued to swell, so did my questioning. “Are you sure this ship isn’t going to tip over?”

Again, he assured me. However, I sensed his confidence beginning to ebb, so I quit asking.

I lay there wide-eyed and waiting―waiting for our captain’s “All is well” to spill from the ship’s PA. The announcement never came.

I can certainly identify with the disciples’ fear—fear that shrouds God’s presence in the storms. For the disciples, it was the fourth watch of the night … the blackest part … the eleventh hour. Their white-knuckled hold on the oars began to slacken as the strength seeped from their arms.

Then―Jesus appeared. He didn’t run. He wasn’t frantic. He calmly walked on the water and almost passed them by. The way He chose to come was more than the disciples could reason out. Who walks on water? Consequently, they opted to believe He was a ghost—as if that held some shred of logic.

This aspect of the disciples’ encounter with Jesus would be humorous if it weren’t so similar to our own experiences. We’ve all been blinded by fear. Fear places our focus on what could happen rather than on what is real. Ghosts aren’t real. Jesus is. Though He does defy logic by the ways He chooses to intervene in our situations.

Jesus was in complete control of the elements threatening the disciples. He could have halted the storm with a single word. Instead, He chose to speak to the disciples’ fear.

Jesus was already Master of the sea. He wanted to be Master of their souls. It takes spiritual eyes to see the supernatural ways in which Jesus intervenes in our circumstances.

Cry out to Jesus in your storm. Allow Him to speak to your fears and open your eyes to His presence. Be encouraged: The source of your problem is under Jesus’ feet. The waters that threaten to overwhelm you are the same waters that will usher Him to you.

Don’t let Him pass you by.

Now it’s your turn. If you’ve been encouraged by this post, I’d love to hear from you.