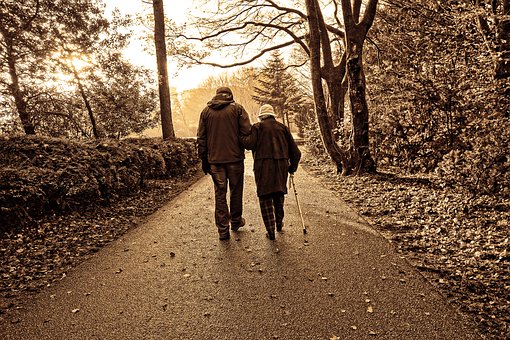 “The sun rose above him as he passed Peniel, and he was limping because of his hip.” —Genesis 32:31, NIV

My husband had arthroscopic knee surgery this year. There were times throughout his recovery when I’d detect a slight limp. An occasional dip in his step came with the territory—the aftermath of the surgeon’s healing handiwork but certainly not something he’d want to remain. After all, a limp would imply weakness—a label no one wants to be tagged with.

Jacob and Enoch—yes, I said that correctly. Jacob and Enoch were two men with very different walks. Twenty-five chapters in Genesis speak of Jacob’s tumultuous journey toward godliness, but a mere seven verses relay the life of Methuselah’s father, Enoch. What? Three-hundred-sixty-five years of living and that’s it? Seven verses? Yes, but the last is one of the most beautiful in all of God’s Word.

It doesn’t get any better than that. Think about it—now you see him, now you don’t. No illness, no suffering, no long-term care facilities, no medical bills, and who wouldn’t want “A (wo)man who walked with God” as the epitaph on his or her tombstone. I dare say most of us, but in reality, our walks probably resemble Jacob’s more than Enoch’s. That’s not to suggest we don’t walk with God. I’m merely saying our gait is different from Enoch’s. We probably walk with a limp.

Let’s back up a bit. Jacob didn’t always limp. You remember him—the one who cheated his brother Esau out of his birthright. The one whose name meant deceiver, swindler, cheater. It wasn’t until after his encounter with a man of super-human strength by the Jabbok River that his walk changed, as well as his name.

At the close of Genesis 32, Jacob wrestled with his assailant. Whenever he realized the stranger was God, he strengthened his grip and refused to let go until he blessed him. With the resurrection of a new day, Jacob walked away from his encounter with a noticeable limp and named the place Peniel (the face of God).

He took his first faltering steps leaning a little heavier on his staff and with a greater dependence on the one who promised to always be with him. His limp would a be a forever reminder that he’d been face to face with God and lived to tell about it—a reminder of the night he came to grips with his new identity and acquired his new name, Israel.

Are you wrestling with God over a situation? Encounter him daily and hold on until your breakthrough dawns. You may part with a limp, but in your weakness your faith will be made strong and your blessing will come.

Now it’s your turn. Are you limping yet?