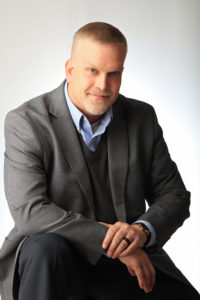 Born in Portsmouth, Ohio, Del Duduit is a freelance writer who lives in Lucasville, OH. He writes non-fiction.

As a former sports writer, he won both Associated Press and Ohio Prep Sports writing awards, one for a column based on his interview with Boston Celtics legend Larry Bird.

In the fall of 2016, Del concentrated more seriously on his passion for writing and building his platform.  He began a weekly blog at delduduit.com and wrote a book called Having Impossible Faith which is currently being presented to potential publishers.

His articles have appeared in Sports Spectrum, The Sports Column, One Christian Voice (and its nationwide affiliates), Portsmouth Metro Magazine, ToddStarnes.com, Almost an Author, The Write Conversation, and Athletes in Action’s Quick Hits.

In November 2017, Del was named Outstanding Writer at the Ohio Christian Writers Conference, and won first place in the Blue Seal awards for inspirational and non-fiction. His article about Cincinnati Bengals Quarterback, Andy Dalton, appeared on the January 2018 cover of Focus on the Family’s Clubhouse Magazine, and a follow-up baseball feature appeared in Clubhouse in April 2018. His first book, Buckeye Believer, a devotional for Ohio State Buckeye football fans, was published in April 2018, and is available on Amazon at Buckeye Believer.  Jim Tressel, former OSU football coach, wrote the forward for this book.

He is represented by Cyle Young of Hartline Literary Agent and is under contract for 10 additional books through various publishers. Bengal Believer, a devotion for Cincinnati Bengals fans, and Dugout Devotions, a devotional for Major League Baseball fans, are both scheduled for release in the next few months.

Del and his wife, Angie, have two sons and daughters-in-law—Gabe and Danielle, who have a daughter named Sophie, and Eli and Kylee.

One of Del’s favorite quotes is simple yet packs a punch of wisdom: “Life is hard, it’s harder if you’re stupid.” —John Wayne 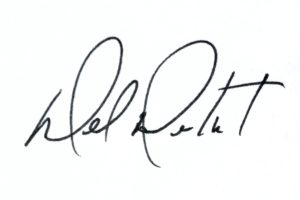