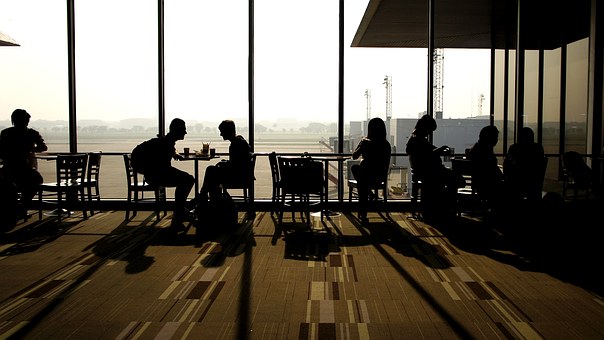 “Don’t be like the people of this world, but let God change the way you think. Then you will know how to do everything that is good and pleasing to him.”  —Romans 12:2, CEV

Years ago, my husband and I visited Vancouver, Canada. Cool temps, long days, beautiful vistas, and friendly residents made our stay memorable. Several times while there, I was asked to repeat something I’d said. Whenever I did, the comment that usually followed was … “I love your accent.”

Dialects and accents often reveal the vicinities or regions from which people originate. Most areas of our world have distinctive tongues. I think we can all agree, it’s easy to peg someone from Great Britain, Asia, the Bronx, or Boston. And, yawl—what about that unmistakable southern drawl? It’s a dead giveaway, isn’t it?”

Accents are significantly influenced by the amount of time we spend in an area, regardless of our birthplace. I’m originally from St. Louis, but I’ve lived in the South far too long for that to ring true. When my husband was in the Air Force, we spent over five months in New Mexico. Whenever we returned to North Carolina, some said I’d already picked up an accent.

What do our accents reveal about where we spend the majority of our time? Do we immerse ourselves in the world, or do our words and actions reveal our place in God’s earthly kingdom? If we’re professing Christians, can others tell by the words we speak and the things we do?

In 1944, Johnny Mercer, a southern boy from Savannah, Georgia wrote the song, Ac-cen-Tchu-Ate the Positive. Inspired by a sermon, the song’s lyrics encourage us to dwell on the positive and eliminate the negative in our lives. In other words, if you don’t have something nice to say, don’t say it.

The tongue is a small part of the body, but it holds the power of life and death (Proverbs 18:21). The words we speak and the ways we say them reveal the things we’ve stored in our hearts. Our words create actions, good and bad.

Let’s be people whose mouths are filled with life—those whose speech reflects the character of our Creator. When others engage in conversation with us, may our words be so distinctive that they not only reveal where we’re from but whose we are. Let’s be people who are asked to repeat what we say, and then perhaps hear … “I love your accent.”

“Let the words of my mouth and the meditation of my heart be acceptable in your sight, O LORD, my rock and my redeemer.” –Psalm 19:14 ESV

Now it’s your turn. What regional or foreign accent do you enjoy hearing?