A Rebel in My House Review 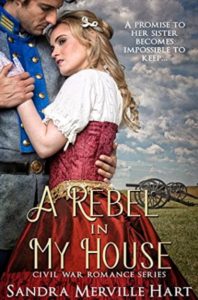 Realistic and poignant portrayal of love and war.

I’ve not read a lot of Civil War romances but after reading Sandra Merville Hart’s captivating novella, A Stranger on my Land, I was anxious to read her novel, A Rebel in My House. It did not disappoint. This realistic and gripping story set within the Battle of Gettysburg was hard to put down. Hart’s skillful and poignant portrayal of this tumultuous time in our nation’s history not only opens the eyes of the reader to the valor, strength, and sacrifice of soldiers in the crushing heat of battle but awakens us to the unthinkable horrors the townspeople faced as their stately homes became makeshift hospitals and their lives and livelihoods were put in jeopardy. 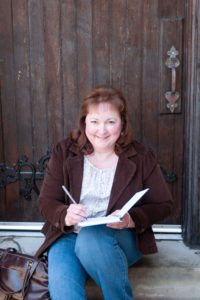 Amidst the blare of cannons in a war that threatens to tear a country apart, the pounding and drawing together of two hearts becomes a welcome reprieve. Sarah Hubbard, a northern seamstress finds herself falling in love with Jesse Mitchell, a wounded Confederate soldier. If her sympathies for the enemy and love for Jesse are discovered, she risks arrest for treason and the demise of her relationship with the sister she’s tried so hard to please.

Hart’s sensitive style combined with colorful and relatable characters, and her meticulous attention to detail make this book a must read.